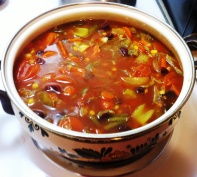 Summer’s over. The reds, peaches, and blues of summer fruit are making way for the greens, burnt oranges, and purples of winter’s warming vegetables. Beautiful, isn’t it? Soup. Yum.

In my healing process, I’ve become more committed than ever to eating according to season. The soup pictured above was so easy to make, filled with the brilliance of the changing season. Sitting in my flannel nightgown and looking out at the nature trail, I feel secure.

The United States Department of Agriculture has a term for people and communities without access to affordable, nutritious food. food insecurity. Let that sink in for a moment. Food. Insecurity. The USDA attributes this to lack of money. Really, it’s more than that.

Five years ago I was visiting relatives in Delaware. We stopped at a large chain grocery for supplies and, as we were leaving, I saw an employee tossing bags of unsold bagels into a trash bin. I was, to say the least, interested.

“Are you giving that to a homeless shelter? A women’s halfway house? An orphanage?”

“It’s against the law. Liability.”

In some of our poorest communities, liquor stores—with a high-priced fare of wilted greens, squishy tomatoes, old, brown meats and yellowed chickens—are often the only access to food. In those same communities, some grocery chains have refused to open businesses claiming unprofitability. Now, I find that, in some places, giving unsold food to the hungry is against the law. Liability they say.

My father taught me empathy. We were a large family with limited income, and my parents were no strangers to nights sucked into the black hole of insecurity. But we were lucky. There was always food on the table thanks to relatives who farmed and owned produce stores. My father had a garden in the back yard. For us, the bear of hunger was never a guest at our table.

A deeply religious man who had served in the Pacific Theater during World War II, and suffered emotionally because of that experience, Daddy knew the meaning of empathy. In spite of his personal demons and contradictions, he cared for others and passed along the wisdom that has stayed with me all these years.

“Never judge another man unless you’ve walked a mile in his shoes.”

I learned, at the table, that the rigorous road to freedom is paved with empathy and compassion. It is impossible to think of my father without those words whipping around in my mind like a line full of laundry in an autumn wind.

One sunny, summer afternoon in Berkeley, California, I was exiting the subway. A man, woman, and child were sitting in the entrance. The man asked for money. I told him that all I had was the lunch I was carrying. It was simple fare: a sandwich I’d made, some fruit, maybe some chips and a soda.  I don’t remember it all.  I asked if he would like it.

Yes, he said. I will never forget his eyes. His wife cried as he accepted the bag. I am moved to tears whenever I think of the incident. Since that experience, I have been generous with my lunch bags.

Every major spiritual path invites us to live empathetic lives and to take empathy to the next level: compassionate action. We’re invited to change things, to make things better. The palette of life offers a rainbow of opportunities for compassionate action: serving at a soup kitchen, making and delivering meals, passing a lunch along to someone, creating and sustaining community vegetable gardens, mentoring young people to become urban farmers, or teaching children what it means to select good food and eat well. From the White House to celebrity chefs, it’s happening.

I’ve said what I have to say this morning. Now, let’s eat. And share a meal with someone.

The word means fertile, fruitful, abundant. Ours is a fecund world of 7 billion — old, young, and all in between — giving birth to new life in all forms: a child, a poem, a work of fiction or history, music. Somewhere, someone is giving birth to secular or spiritual knowledge. More often than not— no matter the opinions of the chicken little doom and gloomers — our experiences, even the negative ones, and productivity serve to enrich and enliven the heart.

Take the writers who choose to birth memoir for example. Forged from a lot of work and soul searching, good memoir is rich with life experiences that, with any luck and grace, make our paths in this world a little bit — or a lot — brighter. How do they do it, these writers? How do they dip so deeply into the well of their own fertility to transform lives?

As I continue to reach for that lofty goal, I find that, in the heat of daily life, it’s easy to overlook or miss the fertility of experience— ensuring that it will be forgotten.

In 1967 I enrolled in a small college in the picturesque town of Bluefield, West Virginia. In retrospect, my application to the school wasn’t so much about academics as it was about leaving home. My high school grades were abysmal at best, but I was young, curious, and enthusiastic with a high school counselor who worked on my behalf. Lucky to get in is an understatement. I looked forward with gratitude to my new life.

Bordered by Pennsylvania, Ohio, Kentucky, and Virginia, with Bluefield at its southernmost tip, West Virginia is definitely, most definitely the south. Bluefield is less than 70 miles from North Carolina. Having spent my childhood summers in South Carolina, I was familiar, to say the least, with the South and its culture. Remember, this was 1967.

But I wasn’t really thinking about that.

I was thrilled to be attending a school that was an historically black college. Once named Bluefield Colored Institute, the college became Bluefield State Teachers College—now Bluefield State College. I did not know that, at the time, it was in the throes of a designed shift in racial demographics.  (http://www.npr.org/blogs/codeswitch/2013/10/18/236345546/the-whitest-historically-black-college-in-america) National Public Radio.)

(I also did not know that a nemesis from high school was a student at the college, that she would steal my full-length red suede coat that I had sweated at the phone company to buy, and that I would have yet another lesson in standing up to a bully and getting my possessions back. My name was even written inside the coat. Seriously Sharon? All the way in West Virginia?) 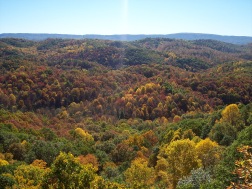 Pastoral scenery. An all-black campus. These were my desires. I’d spent so much time in rural countryside that I deeply looked forward to the nature of things. I love this country landscape. But this is what I do not understand: with all of my love for the rural, how have I always resided so close to the city? More on that another time, but the fruit of my fertilization by both cultures cannot be underestimated. 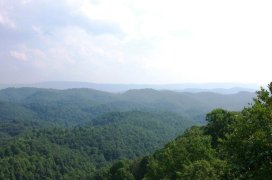 John Denver’s Country Roads only begins to lionize the West Virginia landscape that greeted me. The hearts of the people I encountered planted within me a seed of service and understanding that continues to grow in my life.

On my arrival, the campus had changed. Community tension was high as black students protested, and fears were heightened by rumors of Klan activity. My alliances with community activists complicated things for me in the ultraconservative, religious African-American home where I rented a room. God bless the fate of the naïve. I had not counted on the fear-based hostility from some of the local blacks as being a part of the mix. The fear was understandable. In an historic coal mining town where, even today, the black population is only 23%, I had a lot to learn. I was asked to leave, but received a reprieve after a community action leader that the family respected approached them on my behalf.

Judaism. I knew nothing. The Diary of Anne Frank, which I read in high school, was the extent of my knowledge about the Jewish faith and culture. but when I met a young Orthodox couple who invited me to my first Seder, I began to understand things. I learned that the Klan didn’t like them either. And I remember the reverence with which they celebrated the Sabbath. They lovingly shared why and how they separated the silverware. They were not community activists, but my understanding of community expanded.

Hill people. I hate stereotypes. And although the Beverly Hillbillies was a hit on television, it did not picture the simple, heavyset white woman in the hills who stopped the bleeding after I ripped my knee on a barbed wire fence in waist deep snow. I can’t remember why we were in the hills; it wasn’t a particularly safe place to be. But she fed us buttermilk biscuits, chicken with gravy, mashed potatoes, and called the doctor — who gave me a tetanus shot, but would not stitch the wound because he didn’t want to touch black skin. I have the scar to this day.

She was a woman with an open mind and a loving heart. I cannot remember the racist doctor’s face, but I remember hers. I remember the fields surrounding her small home, the snow up to our knees, the cows in the frozen pastures, and the comfort of her living room as she asked about our intentions.

I met students and volunteers committed to making America a better place. My activities got me expelled from school at the end of my first semester, a year before the anger exploded — literally — with the bomb in the gym. But the world had become richer, a more fecund place to be. One in which I would never turn my back on service.

Note: Thank you to the Mercer County Convention and Visitors Bureau for the lovely landscapes!

Posted in Writing from the heart